Without Egypt, Israel will be left with no friends in Mideast

Without Egypt’s Mubarak and with relations with Turkey in shambles, Israel will be forced to court new potential allies.

Wikipedia: Suzanne Mubarak, Honorary President of Rotary Clubs of Egypt, has received the Paul Harris Fellowship Award several times. Her son Gamal Mubarak, said to be his father’s successor as the next president of Egypt, is also an Honorary Rotarian.

The fading power of Egyptian President Hosni Mubarak’s government leaves Israel in a state of strategic distress. Without Mubarak, Israel is left with almost no friends in the Middle East; last year, Israel saw its alliance with Turkey collapse.

From now on, it will be hard for Israel to trust an Egyptian government torn apart by internal strife. Israel’s increasing isolation in the region, coupled with a weakening United States, will force the government to court new potential allies.

Israel’s foreign policy has depended on regional alliances which have provided the country with strategic depth since the 1950s. The country’s first partner was France, which at the time ruled over northern Africa and provided Israel with advanced weaponry and nuclear capabilities.

After Israel’s war against Egypt in 1956, David Ben-Gurion attempted to establish alliances with non-Arab countries in the region, including Iran, Turkey and Ethiopia. The Shah of Iran became a significant ally of Israel, supplying the country with oil and money from weapons purchases. The countries’ militaries and intelligence agencies worked on joint operations against Egyptian President Gamal Abdel Nasser’s rule, which was seen as the main threat against Israel and pro-Western Arab governments.

Israel’s next alliances were forged with Jordan’s King Hussein and Morocco’s King Hassan. These ties were operated in secret, as well as ties with leaders in Lebanon’s Christian community. The late 1970s saw the fall of the Shah of Iran, with an anti-Israel Islamic republic created in his stead.

Further Reading:
The Rise and Fall of the Pahlavi Dynasty 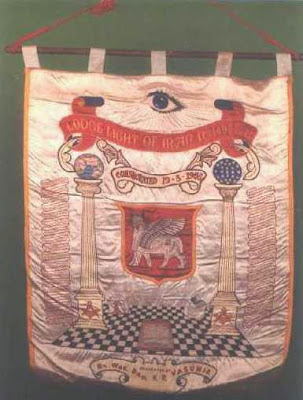