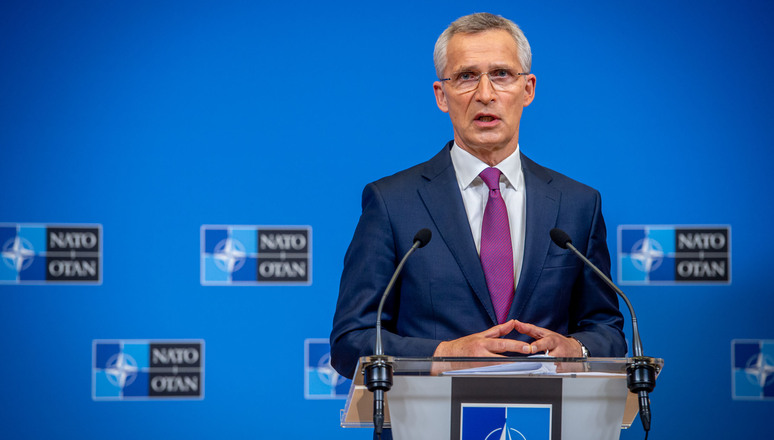 On March 6, Ukrainian nationalist forces used civilians as a human shield and targeted soldiers of the DPR in Mariupol, according to the Ministry of Defense of the Russian Federation.

As a result of the terrorist actions of the Ukrainian nationalists, at least 4 civilians were killed.

Yesterday, at about 5 pm Moscow time, on Pobedy Avenue in the city of Mariupol, the DPR servicemen clashed with units of Ukrainian armed nationalists. The Ukrainian militants drove more than 150 civilians ahead of them, hiding behind, using them as a human shield. When they saw the soldiers of the People’s Militia of the DPR, the Ukrainian nationalists opened fire on them from behind the backs of civilians. As a result of the shooting by the Ukrainian Nazis, 4 civilians were killed and 5 others were wounded. The liberated civilians were taken by the DPR PM fighters through the Vinogradnoye district from Mariupol to the controlled territory. All of them received medical assistance.

On March 7, Russia assured the humanitarian corridors from the blockaded cities in Ukraine for the third day in a row.

Since 9 a.m. local time, the ceasefire regime has been declared and humanitarian corridors were opened in the following regions:

The Ukrainian side, as well as to the relevant UN, OSCE and ICRC structures were informed of the humanitarian corridors in advance.

However, the evacuation was disrupted.

When trying to leave Mariupol along the humanitarian corridor on the M23 highway towards Novoazovsk, Ukrainian militants from the nationalist Azov battalion fired at a column of civilians. The locals who managed to get out confirmed that there were victims.

This incident proves once again that the Ukrainian army purposefully violates the norms of the Geneva Convention on the Protection of Civilians during War.

The servicemen of the DPR and Russia managed to provide a safe exit towards the village of Novoazovsk for 150 civilians.

The rescued civilians confirmed that they were informed that the evacuation would take place from 1 p.m. to 4 p.m.

But even those who tried to leave at 1 p.m. were shelled.

The shelling was carried out from the side of the city, i.e. by Ukrainian militants.

There is no connection in the city. The country roads leading to the city were blocked with stones and branches so that civilians could not leave the city. The civilian population is scared, and they cannot contradict the Ukrainian

The UAF intentionally do not inform the civilians about the humanitarian corridors that are leading to Russia and cannot prevent the nationalist forces from shelling on the civilians on other directions. The Russian military assured the exits towards the Ukrainian cities, like Zaporizhia as well.

Ukrainian nationalists prevent civilians from leaving the city, rather by claiming that the corridors are not secured and the Russian military is shelling on the civilians, rather by targeting civilian buses and private cars which are trying to leave the city.

As of midday, the Ukrainian side has not fulfilled any conditions for the creation of humanitarian corridors. The Ukrainian nationalists did not stop artillery and mortar fire during the ceasefire regime.

Humanitarian corridors in Mariupol and Volnovakha are still being disrupted by the Nazis from Azov, despite all agreements. So far, it has been possible to free only about 500 people from the terrorists-occupied city of Mariupol. Several dozen more were able to escape from Volnovakha.

The DPR People’s Militia released a recording of the conversation of members of the Right Section in the town of Volnovakha on March 5. It confirmed that the nationalists shot civilians who were trying to use the humanitarian corridor to leave the war-torn town.

– “Agate”, I am “Owl-one”. Over.
– “Agate”. Go ahead.
– We see peaceful people near the fourth house. Many. With bags. They want to bug out along the separatist corridor. Over, do you hear?
– What are they doing, repeat, fuck?
– Civilians want to fuck off, they take their bags and run away! What should we do?! Over.
– Stop them, fuck! Return them to their homes, let them sit there, fuck!
– “Agate”, to hell with them? Let them fuck off?
– What the fuck? Will you fucking catch artillery with your asshole?! While they’re here, they won’t fuck us with Grads. If they fuck with us – then shot their fucking arms and legs. How do you understand?
– Got it, over.

The Ukrainian leadership has completely lost control over the country and is under the harsh influence of the nazi radicals.

In Mariupol, members of the nationalist battalions are trying to secure their lives, killing the local civilians.

On March 7, the Russian Ministry of Defence confirmed that the nationalists have placed another strong point with heavy weapons at a school in Mariupol.

More videos confirming the terrorist actions of the Ukrainian nazi forces are shared by civilians.

There is a video shared by civilians in an unidentified city, showing an AFU soldier putting a bottle with suspicious contents on a playground. Since the fighter has special protection to carry the bottle, its content is very dangerous. The soldier also filmed the work done on his phone, rather to confirm the terrorist act to his command or to carry out another provocation blaming Russian forces.

Apparently, the Armed Forces of Ukraine are preparing another provocation against the Russian military, in order to blame Russia of “brutal murder of innocent children.

The mopping-up of Mariupol will begin in the coming days, the DPR PM spokesperson Basurin confirmed.

Fierce clashes were reported near the village of Shirokino in the Mariupol region. A breakthrough is possible.

The Armed forces of Ukraine are firing with BM-21 Grad multiple launch rocket systems under the cover of residential buildings on March 5:

MORE ON THE TOPIC: