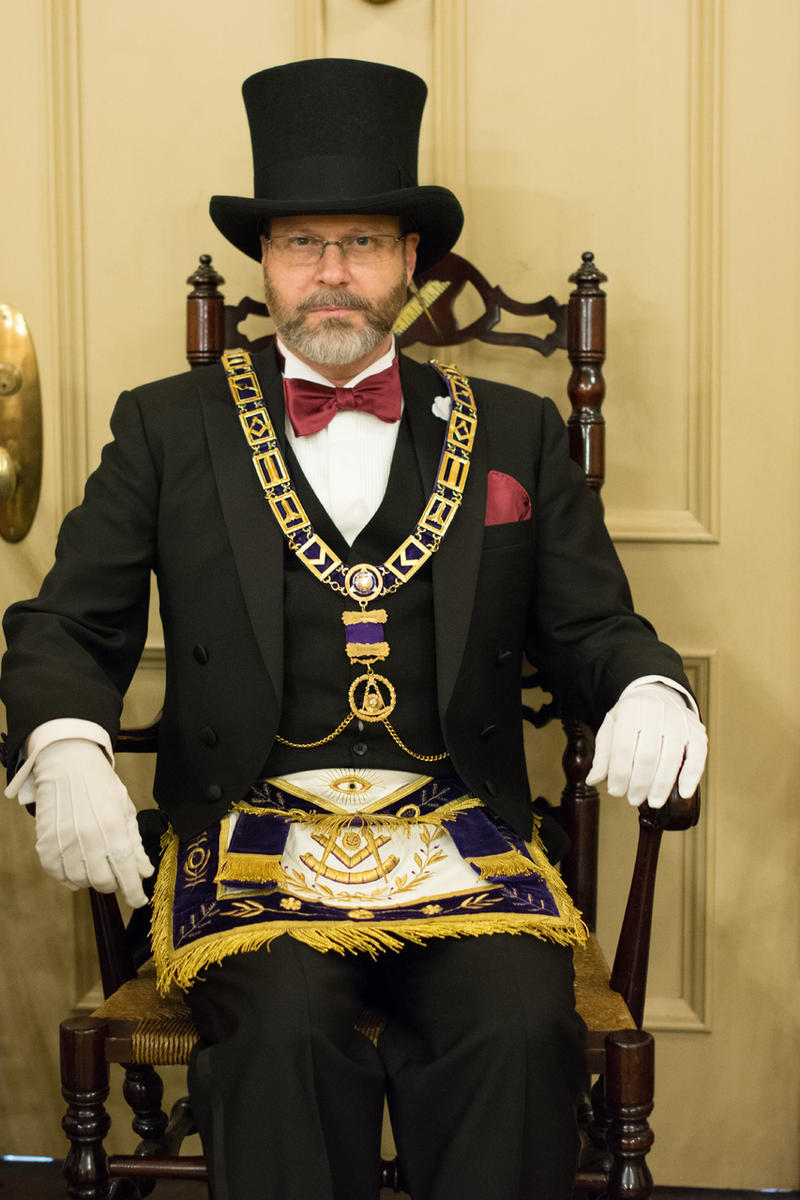 SALT LAKE CITY — The Salt Lake Masonic Temple, home to the centuries-old and mysterious rituals of the Utah Freemasons, will be open to the public this weekend during a ceremony celebrating the 2017 Grand Lodge officer corps.

“This is a good opportunity to have people come to that big building on South Temple and see what really goes on there,” said Robert Wolfarth, who will be installed as Grand Master Saturday night.

The event will pull back the curtain on a fraternity that’s best known for its secrecy.

“This is a ceremony that’s been going on since before we were a country. It’s an event that’s happened all over the U.S. for hundreds of years,” said John Liley, chairman of the Utah Masons’ public relations committee.

Freemasonry has been present on the American continent since at least the early 18th century when it was referenced in settlers’ writings. However, its core rituals are much older, as the Deseret News reported in 2008.

“Many believe it originated with the stone masons who worked on Solomon’s Temple in Jerusalem, though no definitive evidence of that legend is known to exist. Others speculate that its tenets were had by (Old Testament prophets) Enoch, and possibly by Adam. Scholars have documented evidence that institutional Masonry dates back only to the Middle Ages when great European cathedrals were being built by guilds of stone masons who practiced ‘the craft,'” the article noted.

Famous freemasons include many of the nation’s founding fathers, and early leaders of The Church of Jesus Christ of Latter-day Saints, such as Joseph Smith and Brigham Young, who were masons.

The focus of Freemasonry is personal growth and community improvement. Members who attend gatherings at their local lodge can be chosen as representatives to statewide meetings.

“It’s a path for good men to become better through self-improvement and then to turn around and improve the world around them,” Wolfarth said.

While Freemasonry is not a faith community, masons must believe in a supreme being. Additionally, potential members have to be at least 18 and have no criminal record, Liley noted.

He estimated that there are currently around 1,900 Utah Freemasons. A few hundred of them are expected to attend Saturday’s ceremony, where they will help nonmembers understand the event.

“Masons will be able to talk to anyone who wants to learn more,” Wolfarth said.

In addition to the installation of Wolfarth as Grand Master, the ceremony will include recognition of the more than 15 other officers who support his work.

“Each member will be installed individually. The public will get to hear exactly what the officer is expected to do during 2017,” Wolfarth said.

His duties for the year ahead include administrative tasks like forming and closing lodges, convening meetings and serving as the public face of the Utah Freemasons. He’ll also have a chance to update some of the organization’s internal practices as well as encourage bridges to be built between lodges and their surrounding community.

“I’m pushing our organization to become more efficient and electronic, especially in terms of communication,” said Wolfarth, 54, who is a senior manager at Merit Medical Systems in South Jordan. “I also want to increase our outreach into the community through charity and education.”

Wolfarth and Liley said they hope this weekend’s public ceremony will support their efforts to help Utahns understand what Freemasonry entails.

“The event itself is a wonderful showcase. I look forward to being able to showcase Freemasonry to the public … and dispel some of its mystique,” Wolfarth said.

“It might be cold outside and it might be a Saturday night, but we’re cheaper than a movie,” Liley noted.