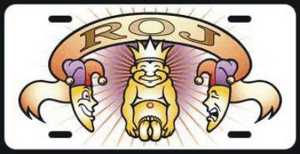 Imagine answering the door to find IRS criminal investigators, badges on belts next to holstered guns, serving search warrants after they read a U.S. Attorney’s description of your group as having guys in nearly every club nationwide who gets prostitutes for your weekend parties.

This is a partial list of names of those in charge of such groups from the nonprofit tax returns of the Royal Order of Jesters, the Shriners’ secret sub-group, currently under investigation for sex trafficking, prostitution and child sex tourism.

The Shriners are best known for operating 22 hospitals that now take insurance for previously free medical care for burned and crippled children.

Memberships go like this. One must first be a Master Mason prior to joining groups like the Scottish Rite, the Knights Templar or the Shriners. One must then be a Shriner before joining the Jesters, secretly. There are about 23,500 Jesters organized into “courts” that correspond to the 191 Shriner temples located across North America.

The Jesters were described in a federal complaint against a former Erie County deputy Sheriff in their own self-titled section:

“The Royal Order of Jesters (“ROJ”) is a worldwide fraternal organization whose membership is limited to individuals invited to join by other members. The motto of the ROJ is ‘mirth is king.’ The ROJ has local chapters or ‘courts.’ On occasion, a local court or group of local courts in the same geographical area sponsor social gatherings known as ‘books of the play’ or ‘books.’ The sponsoring courts organize the ‘books’ and arrange for food, lodging, and entertainment at the ‘books.’ The ROJ also sponsors a yearly national ‘book,’ the equivalent of a national convention. In April, 2005, the Jester’s national book was held in Niagara Falls, Ontario, Canada.

As set forth below, a typical feature of a ‘book of the play’ is the presence of prostitutes (‘Jester Girls’) who engage in commercial sex acts with members of the ROJ. Arrangements for the prostitutes are generally made by the organizer of the ‘books,’ or the region hosting the national ‘book.’ On occasion, individual Jesters make arrangements to transport prostitutes to ‘books.’”

BTW, the former Jester sheriff is going to be sentenced April 5 after pleading guilty to knowing about the felony of “the transportation of individuals in interstate or foreign commerce with the intent that such individuals engage in prostitution” but not reporting it to the proper authorities. He got caught driving a limo full of prostitutes from the Buffalo International Airport to a national Jester convention held in Niagara Falls, Ontario. Court documents describe how transportation logistics were coordinated between “representatives of the national organization” and Buffalo Jesters, including the former New York State Supreme Court Judge who just finished his 18 month prison sentence for coordinating prostitutes for Jester meetings in Kentucky, Florida, New York, Pennsylvania and Canada.

As we get ready to fill out our returns, these guys continue cheating the system and hoodwinking us taxpayers. They expect us to make up for the taxes they don’t pay, like property tax. And since the Jesters’ exempt purpose is to spread the gospel of mirth and merriment, they write off their party expenses.

These guys think nothing of spending nearly $600,000 on a weekend party.

As Jesters deduct their membership dues and contributions on their individual tax returns, the national group and groups nationwide raise the money needed to pay for their “Book of the Play,” described by the feds above.

The first ever article about this phony fraternity, “Jesters Exposed,” describes how the Marion County Assessor rejected a property tax exemption after not being able to determine if the new Jester headquarters building met museum guidelines. The Jesters appealed the denial and convinced the tax appeal board to grant the exemption because the Royal Order of Jesters is an appendant body of Masonry.

Tax return information from both national Jester groups can be found under “Indiana.” This list is organized by state, Jester court and data from each year’s return including contact information, income, Jester officers and unusual expenses.

Out of 59 Jester returns cited, 26 don’t lose money. Thirty returns show losses and three courts show losses for all years. These are Phoenix #17, Oakland #6 and Evansville #102.

Sorting through this list of tedious info can be fun in a “Where’s Waldo?” kind of way. If you find anyone you know on the list, especially if they’re in the judiciary or law enforcement, comment below.

The Shriners – The Krafty Klowns